Thank you to everyone that responded to the motivational songs request. I enjoyed reading your lists and listening to the songs.

Just over 75 years ago United States President Harry Truman awarded the Medal of Honor to a member of the military who did not carry a weapon. It was the first time the honor had been awarded to a noncombatant medic. During WWII most medics did not carry a rifle, but nearly all of them carried a pistol or a knife. Desmond Doss was different in many ways. When he first joined the Army many just considered him a religious fanatic. Desmond was a Seventh Day Adventist who refused to use a weapon and treated Saturday as the Sabbath.

Desmond was bullied and tormented by his unit for his religious beliefs until his unit got to war. Once they began seeing the carnage of war his unit learned to respect the value of the passionate and faithful medic. On the island of Okinawa on a ridge called “Hacksaw Ridge” the Americans were backed up to a cliff when the order came to retreat. To retreat the men had to climb down a straight drop off for 35 feet. 75 men were too injured to retreat on their own. Desmond Doss refused to leave them behind and remained under enemy fire until he had carried and lowered each of the wounded soldiers down the cliff.

Desmond continued with other heroic acts until he was stopped by a grenade, a sniper’s bullet, and tuberculosis. He survived his injuries and the illness but only after years of recovery. When Desmond was asked about the Honor he attributed it to his keeping the Golden Rule. He treated them as he wished to be treated.

The Golden Rule is as relevant today as ever. It could be even more important today. We don’t want to wait until we are under some sort of distress to realize the value of our neighbors. Thank you for being good neighbors and keeping the Golden Rule. Our students benefit from your example. 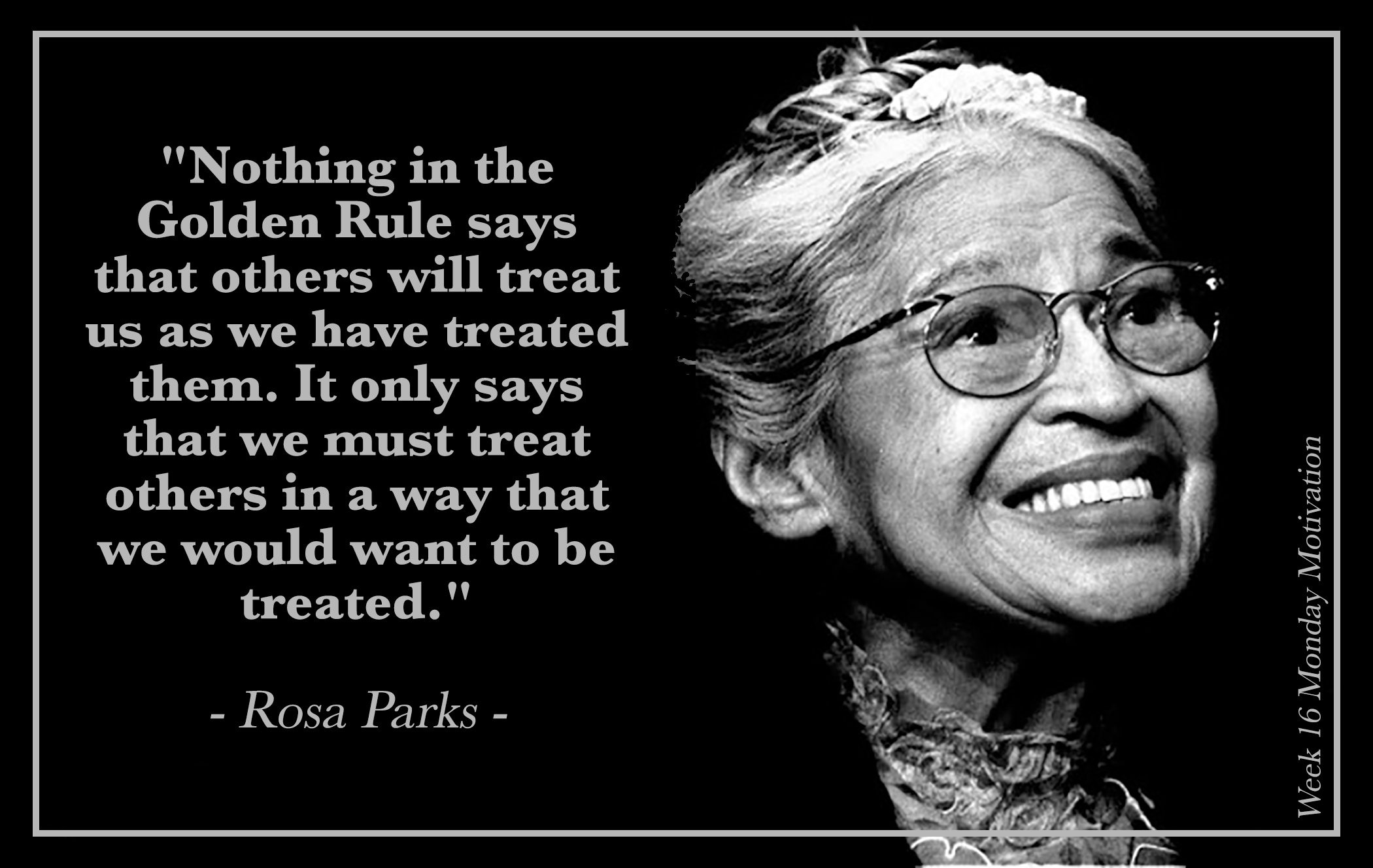