Tomorrow is election day. Presidential election years have usually been tense for the nation. Some have said this election year is the most fierce and most divided the country has ever been. While there is certainly a lot of animosity between parties right now, there have been many elections that have divided the nation. After the 1860 election year, for example, Southern Democrats simply walked out of congress and created the Confederate States of America. The responsibility for bringing peace between parties lies not in one individual but in every individual. Over the nearly two and a half centuries since we declared independence from King George III we have had many great individuals who have exemplified how to do this.

One of the most storied examples is of the cabinet of President Abraham Lincoln. President Lincoln was elected on a longshot chance. The split in the democratic party opened the door for the new party, the Republican Party. It was common for Presidential hopefuls to attract delegate votes by promising to put powerful allies and friends in their cabinet. Abraham Lincoln did not want to make any such commitments. He won the presidency with no promises of cabinet positions.

Despite President Lincoln's ability to choose anyone he wanted for his cabinet, he chose four of the men who had openly campaigned against him for the position. These men had served in more prominent positions than Abraham Lincoln and could have easily thrown away his offer as an insult.

William Seward, who had been the favorite to win the Republican nomination before Lincoln won it, was offered the position of Secretary of State. Seward was hesitant to have any confidence in Lincoln, but they quickly became firm friends. The gang that plotted President Lincoln’s assasination also attempted to assassinate Seward on the same night. Despite being stabbed in the throat and face he miraculously survived. When he learned of the President’s death he wept openly.

Building bridges is more difficult than burning them down. President Lincoln built a lot of bridges during one of America’s darkest times. Now is a great time to build bridges and teach students to build bridges.

Thanks for being bridge builders and good luck on Week 11,

If you have not read “Team of Rivals: The Political Genius of Abraham Lincoln” it is well worth the time. It details Lincoln’s selection of his cabinet and the vital role they played in his success.

Fun fact: It’s a good thing Seward survived as his most well known achievement was yet to come. He negotiated the purchase of Alaska. 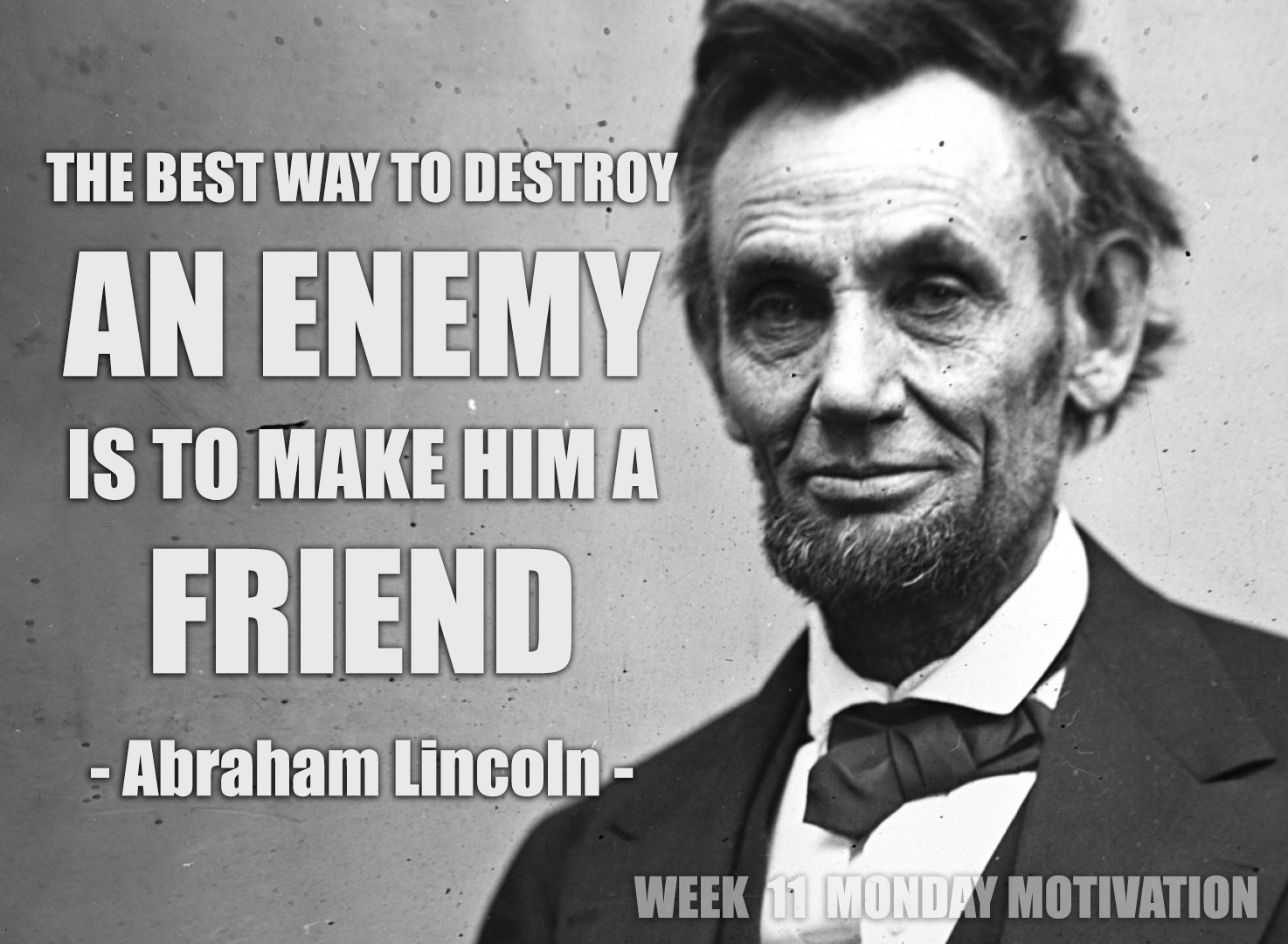