According to the calendar it’s spring, hopefully the weather will catch up this week. On a good, clear, warm spring night you should take a minute to find a comfortable place on the lawn or trampoline and simply observe the most inspiring message not written by human hands. The night skies have a way of inspiring us like words cannot.

In schools we cover much of what the human race has learned and recorded. When we look up at night we realize how little we know. This year several human made devices will touchdown on the red planet Mars (160 million miles away). The USA’s “Perseverance” rover landed on February 18th this year after a 7 month journey. It made the journey at a leisurely pace of 38,295 miles per hour. A rover from China will land on Mars in May or June. That rover is called “Tianwen” and means “questioning the heavens.” A spacecraft called “Hope” from the United Arab Emirates nation entered the orbit of Mars in February.

In about two weeks the rover Perseverance will drop off a small helicopter that will be used to take aerial images and video of the surface of Mars. It will be the first flight on another planet. The small helicopter called “Ingenuity” carries a tiny piece of fabric from the Wright Brothers first flying machine. Another sedan sized rover (Named “Curiosity”) from the United States has been roving around Mars for almost 9 years. The rovers are preparing samples of rocks and sand that can be picked up by another mission set to launch in 2026.

The equipment we send into space from earth has a limited power life. The Perseverance has nuclear power and is expected to be operational for at least 10 years. Three other American rovers sit on the red planet now powerless. One of the longest lasting human devices in space is the Voyager 1. The Voyager 1 was launched in 1977 with the mission to leave the solar system. In 2012 it made it through the heliopause and into interstellar space. Now 43 years and 6 months later, earth still has contact with Voyager 1. It is over 14 billion miles from earth and is expected to run out of power around 2025.

It’s inspiring how much we have learned and it is breathtaking how much more there still is to learn. The pioneers that landed on the moon and sent the Voyager 1 out of the solar system started their educational journey learning many of the same concepts we teach in our classrooms. Our students need to understand that as much as Google knows and as amazing as that tool is, there is so so much more to discover.

Dream big and explore in Week 31, 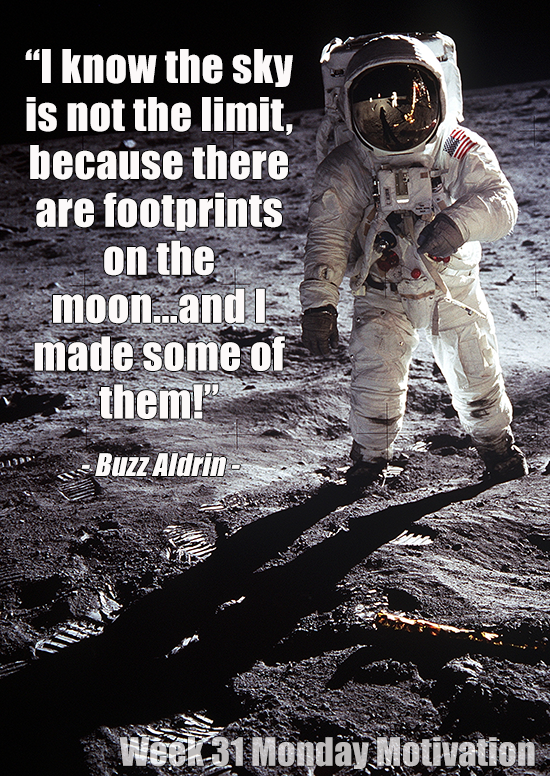