The first person that we know for sure climbed Mt. Everest was Edmund Hillary and his sherpa (guide) Tenzing Norgay in May 1953. Even with all the technology and tools we have today, climbing Mt. Everest is a journey for only the most experienced and fit mountaineers. The dangers of such a climb prior to 1953 would have been incredible, but many attempted it. Many families believe that George Mallory made it to the summit of Mt. Everest 29 years before Hillary in June 1924.

Mallory was a secondary school teacher in England. He had developed a love of climbing in his school days and took many trips to climb. After World War I in 1921 there was an opportunity for a british group to explore the possibility of climbing Mt. Everest. He took a temporary leave of teaching to join the group.

Mallory led three failed attempts to make it to the summit of Mount Everest. In one attempt seven of the sherpas in his group were killed all at once by an avalanche. As Mallory and his group prepared for another difficult climb, a reporter asked Mallory “Why do you want to climb Mount Everest?” To this question Mallory responded with the most famous words in mountaineering, “because it’s there.”

Mallory’s words have been quoted many times. Even President Kennedy used Mallory’s simple three words in his impassioned speech to motivate America to make it to the moon. Seven years after Kennedy’s speech we did indeed put footprints on the moon. Sometimes we need no more motivation than knowing that the challenge is there and that it’s possible.

Mallory may or may not have reached the top. He and a friend left camp on June 4th, 1924, presumably to make an attempt at the summit and they never returned. Mallory’s body was found frozen in ice 75 years later (1999). Whether he was still on his way up to the top or on his way back down when he fell is a mystery. There is evidence to both theories. His climbing partner has not yet been found. Whether he made it or not, Mallory inspired many of his own students and future generations of mountaineers to dream big.

Mallory carried a picture of his wife and children on every expedition. He had told his wife he would leave the picture at the summit of the mountain when he made it. The picture was not on Mallory’s well-preserved body when he was found. Mallory and his partner also carried an old fashioned camera. If they would have made it to the top they would have surely taken a picture. If the camera can be found, the mystery may be solved. But searching the deep glaciers of ice is not an easy task even today. 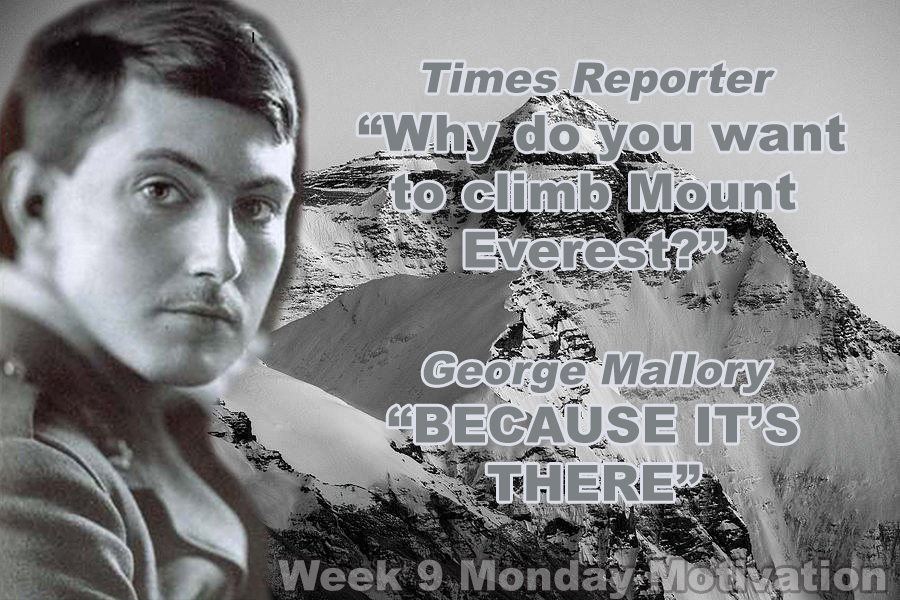