A couple weeks ago I had the opportunity to hear the story of an American World War II soldier named Harold Poole. At nearly the same time Japan attacked Pearl Harbor, they invaded the Philippines. The Philippines were a territory of the United States at the time and thousands of U.S. soldiers were stationed there; One of them was Harold Poole.

When the invasion started Harold’s military base was bombed. Harold worked in munitions. As the bombs dropped he dropped into a fox hole with a large and broken 50 caliber machine gun. In a quick exercise of his mind he disassembled the gun, cleaned it, put it back together, and shot down the first Japanese plane of the war. He was later awarded a Silver Star for his bravery in the initial attack.

In the following weeks, the tens of thousands of soldiers he served with on the island of Luzon became desperate as they were cut off from aid and surrounded by the Japanese. His commanders decided they could either starve to death or surrender. If they would have known what would happen after they surrendered, they would not have done so. 80,000 U.S. and Filipino soldiers and refugees surrendered to the Japanese in the largest ever surrender of American troops.

The Japanese didn’t know what to do with them and considered them cowards for surrendering. The already starving soldiers were forced to march for days in the blazing sun with no food or water. The march has become known as the Bataan Death March. Of the over 80,000 that started the march, only 54,000 made it to the prison camp alive.

At the camp, the cruel treatment and the lack of medical care made the deaths continue. Harold Poole went to war at 180 pounds, but was starved down to 97 pounds. Those that survived the prison camps were shipped to Japan where they were forced to work in mills and factories. Many of the prison ships were sunk by American submarines not realizing the ships carried American POWs.

When the war ended Harold returned home. In the 1940’s there was little thought given to the mental and emotional trauma returning soldiers were still battling with. Harold had forgiven the Japanese, but he would have nightmares for decades following his return home. The nightmares stopped when Harold started publicly talking about his experience to schools and other groups. The mental exercise of discussing the war helped him.

You might have heard a similar story to Harold’s in the book or movie “Unbroken.” Louis Zamparini was on track to be an olympic medalist when he was sent to war and captured by the Japanese. He had a more difficult time forgiving, but found peace when he did so. Some wonder how someone can keep themselves together mentally after such experiences. Louis said, “Your mind is everything. It’s like a muscle. You must exercise it or it will atrophy (get weaker)—just like a muscle.”

When I hear such stories I wonder how we can build such strong minds in the rising generation. The biggest key is that those minds are exercised and challenged every day. Every day we push our minds and our students' minds to understand and create what they could not before. 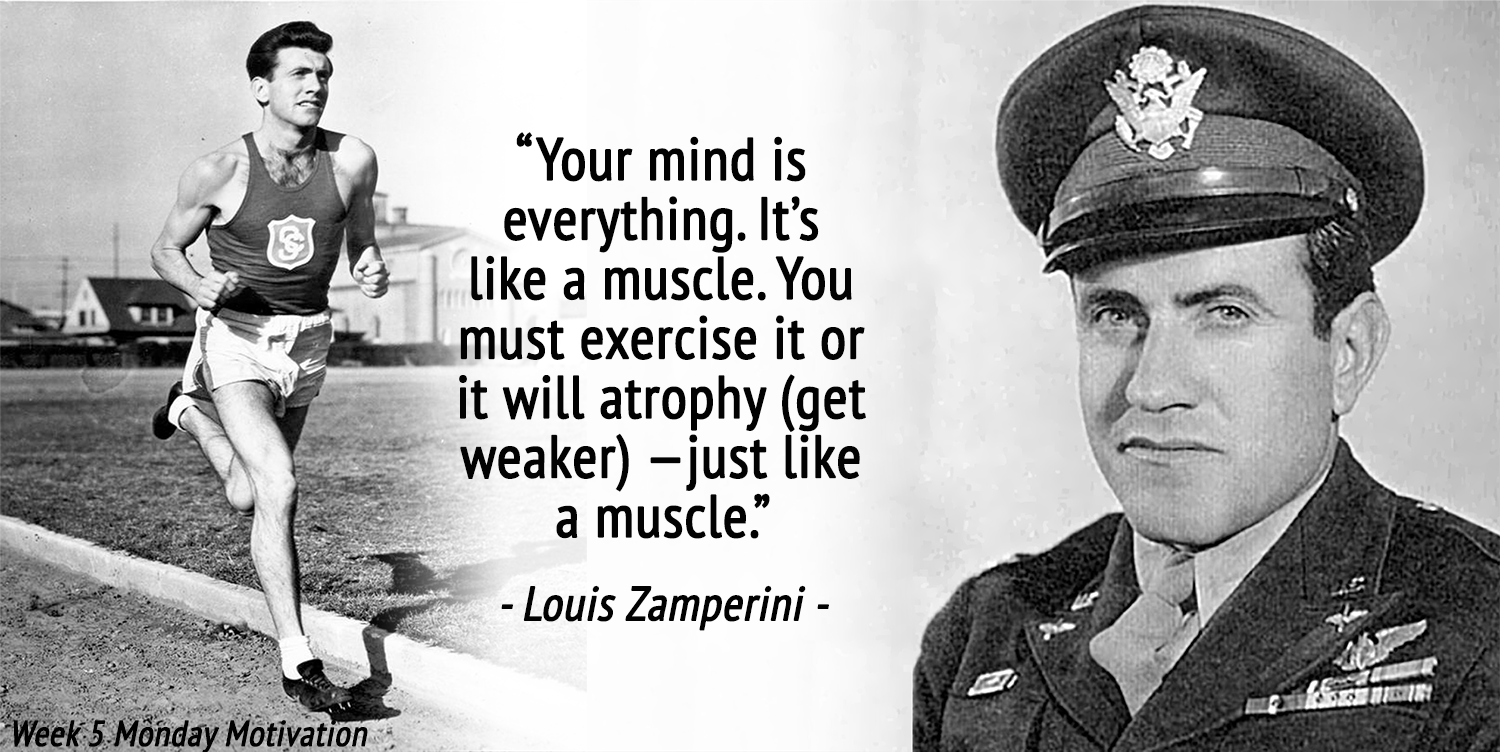