Tuesday I, with a group of young men, retired a couple dozen American flags. Retiring an American flag is a small ritual. We folded the worn out, ripped, and tattered old flags to look their best in the shape of a triangle with only the stars showing. We placed the flags gently on the fire and discussed the symbol of the American flag. Moments before the 15 or so young men had been loudly joking and talking, once we started they stood in reverent silence watching the flames consume the flags.

The American flag is the center of dozens of rituals and ceremonies. I swell with pride when I see students stop in the hallways and place their hands over their hearts to recite the pledge of allegiance. Last year I witnessed first hand the military funeral honors provided to an American veteran. These honors have some variations, but always include the presentation of an American flag to the family of the deceased veteran. The honor guard in perfect military attire takes their time to fold the flag perfectly. Their white gloves work in swift and practiced movements to remove every crease in the cloth. They present the flag on bended knee and in total silence.

Just over two years ago Utah conducted one of the largest military funeral honors ever in the state. Army Major Brent Russell Taylor of the Utah National Guard was killed in Afghanistan in 2018. He left his position as the Mayor of North Ogden City to serve our country overseas. He left a wife and seven children ranging in age from 11 months to 13 years old. The following link is to an article with a video of his funeral services. With about 30 minutes left in the video they start the flag ceremony at the graveside. It’s a powerful moment.

I’m grateful that you teach our students the symbol of the flag and the importance of respecting those ceremonies. Both symbols and ceremonies are a huge part of education. Thank you for valuing them and honoring them. 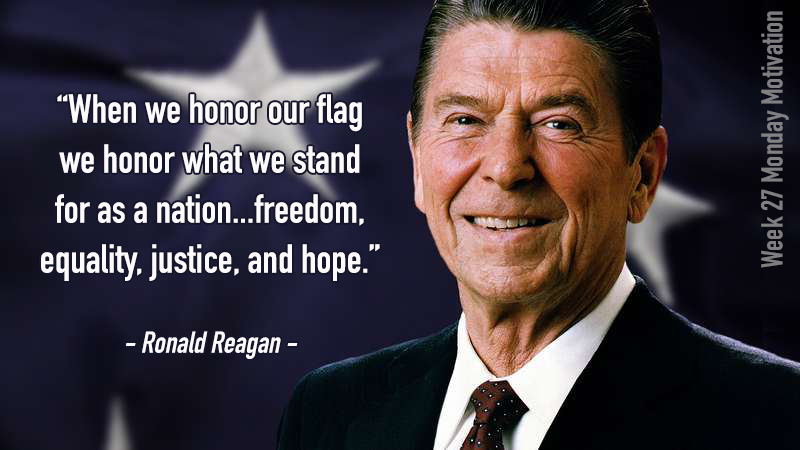