For more than 200 years America has been attempting to train the world’s best military leaders at West Point Military Academy. Acceptance to this academy requires a recommendation from Congress or the Department of the Army. Despite a highly competitive entry process that only takes the very brightest, the most athletic, and the most talented, they still have dozens of candidates voluntarily dropout every year because of the intensive training and coursework.

In the early 2000’s Dr. Angela Duckworth wanted to know what characteristics truly predicted which candidates would finish training at West Point. West Point develops a whole candidate score that includes physical fitness, test scores, class rankings, and leadership metrics. Dr. Duckworth had a theory that one characteristic would predict success more than all of the other metrics. That characteristic was Grit, which she defined as perseverance and passion for long-term goals.

When the study was complete it was concluded that Grit was the most accurate predictor of whether or not a candidate would finish the rigorous summer training program. Dr. Duckworth also took the Grit study model and used it to attempt to predict other things such as the winners of the National Spelling Bee.

Because this is already too long I’ll finish by saying the nations universities and workforce want Grit more than they want talent. They want people that are going to finish what they start. Last year I shared the quote “Hard work beats talent, when talent doesn’t work hard.” I believe Dr. Duckworth has proven this concept.

Let’s get gritty and teach our students to be gritty. We’re in this for the long run. 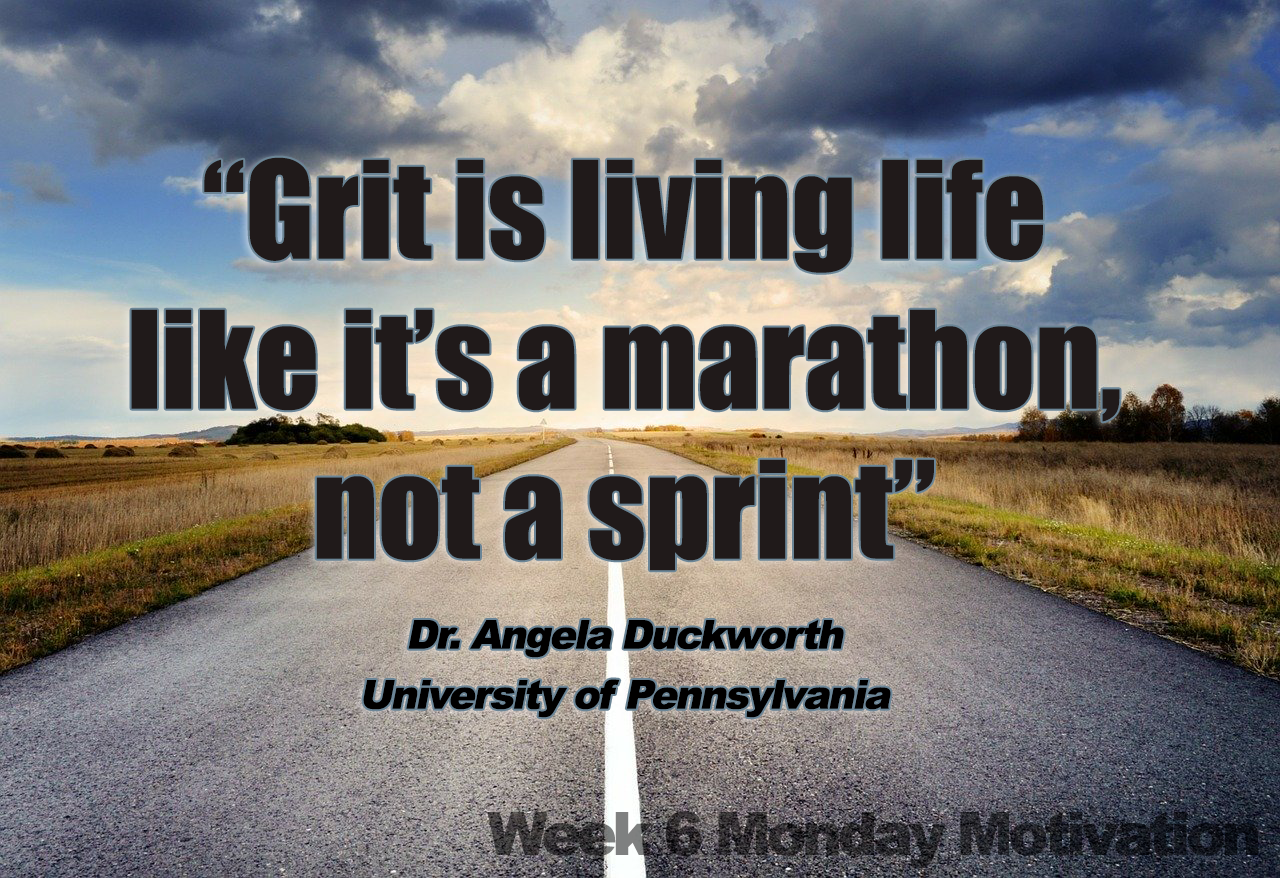